Past Life and Regression Therapy Research 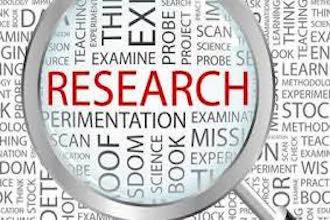 Information about past life and regression therapy research. It covers quantitative research that works with groups of people with the same symptom using a control group, and historical information monitoring the improvement from large groups of clients. It also covers qualitative research using a detailed case study to shed light on how the therapy worked for that individual.

Hazel Denning studied the results of eight Regression Therapists with over 1000 clients between 1985 and 1992. The results were measured just after the therapy, after six months, one year, two years and five years. Of the 450 clients who could still be tracked after 5 years; 24% reported the emotional symptoms had completely gone, 23% reported considerable or dramatic improvement, 17% reported noticeable improvement (TanDam, 1990).

Ron Van der Maesen (1999) worked with fifty-four clients who had reoccurring disturbing voices or thoughts. At a six month follow up after the therapy monitored by an external Psychiatrist, 25% found the disturbing voices disappeared, and a further 32% could now cope. Overall 80% had a positive subjective experience and would recommend this therapy for reoccurring problems like these in others.

Tourette Syndrome is a condition in which the sufferer experiences sudden involuntary and uncontrollable motor and/or vocal tics. It usually begins in childhood and is considered to be a lifelong affliction. Ronald van der Maesen, (1998) worked with a group of 11 with Tourette Syndrome. In a one-year follow-up questionnaire, six reported that their motor tics had greatly reduced and five reported greatly reduced vocal tics symptoms.

Dr. Heather Rivera (2012) worked with 180 clients from a wide range of religious backgrounds and showed that apart from the therapeutic benefits 74% found their life was more meaningful and 80% found death no longer held any fear.

A research study (2019) monitored 636 clients that had symptoms of unexplainable physical pain that were treated with regression therapy. The most common pains were headaches and migraines (162), stomach problems (125) neck, back and shoulder pain (90 cases); bowel problems (84 cases); heart related problems (74); chest, lung and breathing problems (54) and other (47). The average level across all these areas before therapy was 7.9, with 10 being the highest intensity ever experienced. After therapy there was a dramatic reduction in the symptoms to an average level of 0.9 in 1.6 sessions.

Freeman T. B. (1997) Past life and Interlife reports of phobic people: Patterns and outcome The Journal of Regression Therapy, Volume XI (1), International Association for Regression Research and Therapies

Snow, C. (1986) Past Life therapy: The experiences of twenty six Therapists The Journal of Regression Therapy, Volume I (2)

Rivera, H. (2012) in The Journal of Regression Therapy, Measuring the Therapeutic Effects of Past Life Regression,

Case studies always have anonymity and often don't indicate the severity of each client's problem. This one was so debilitating and the path to healing so profound that it is told in the client's own words;

"I first remember feeling faint at hospital when I was 5 years old and sitting opposite a man with his fingers chopped off. I kept looking at his bleeding hand and his face that was screwed up with pain. The actual fainting first started when I was at school and friends talked about their injuries. When I started to date boys I went to the cinema and on one occasion a rape scene came on. I tried to desperately dash out, but collapsed on the foyer floor.

I fainted if anyone gave birth on TV or if I read about birth in a book, or even if I had to stand in a queue near a pregnant woman. The fainting would be horrible coming without much warning. When I received notice to have a cervical smear I went dizzy. I couldn't visit anyone in a hospital and would faint before I got in the doorway. If I heard of anyone having an abortion I would faint just thinking about it.

My life became emptier as there was almost nothing left that I was able to do. Emotionally it was like being paralysed. I loved having friends but the fear of fainting was so overwhelming that I stopped doing anything that might trigger a blackout. I reluctantly spent most of my time alone as anything social involved a high risk of embarrassment.

I had already seen five hypnotherapists over the years, an Emotional Freedom Technique therapist and a trauma therapist using eye desensitisation, but none had even touched the surface of it. My doctor was very kind and understanding and referred me to Cognitive Behavioural therapist. Our work together helped me with some of the anxiety but he told me there was no logical reason for my problem. His frustration was the same frustration that I'd seen many times over the years and I knew the exact moment when the therapist had used all their techniques and was giving up on the situation. 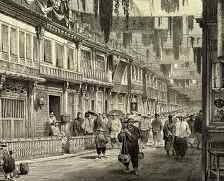 When I went for regression therapy I regressed into the past life of a young woman living in a tall house near a waterway. At some point I found myself entering a room with an older woman with her back to me wearing a pinafore dress. In front of her was a table with 4 dirty tools on it. The thought "I don't want to die from an abortion" came to me and I started to shake uncontrollably. It was like I was in that experience for real.

I was quickly taken through the death in the past life and found myself somewhere nice. I'm not sure if this was in the spirit realms but I wanted to stay there. The therapist told me we had some more work to do and when I was ready we would go through the last part again.

I was on the abortion table at the point when my legs where being raised for the abortion. I was shaking again and the therapist asked to find a spirit animal to help me. The thought of a frog popped into my mind and I laughed at the thought but the shaking stopped. I was able to move my legs. The therapist reminded me that the problem was from a past life and I could let go of it now. I felt the most wonderful feeling in my body. It was the best feeling I can remember since being a child at Christmas. I was so unbelievable happy. I slept much better that evening. 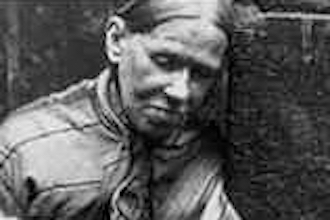 In the next session I found myself straight back to the abortion scene. I was aware of being on my back. I didn't know if I had actually fainted or was still in the past life. I then realised that I was lying in the street and that when I faint they are the same. I was wearing a greyish coat below my knees and the dress was full with petticoats and underskirts. I had black shoes on and was dying of infection.

After the death point I couldn't move on. I was full of shock and confusion! I was asked to imagine the body being taken to the spirit realms and cleansed in a healing waterfall of energy. Thoughts came to me of children and woman helping to pour water on me. Everyone was laughing and loving. It felt as if my body was healing together with my arms and legs and the therapist suggested gentle white light of protection before going back.

The past life now emerged without any fear. I was taken through the death and asked to meet the woman who did the abortion. I picture came to me of a hard and cold face. I enjoyed telling her to clean her instruments and get proper training next time. The thought came to me that she had had illegitimate children of her own and that she had a hard life. The therapist said "Oh" as if a thought had surprised him. I waited for what seemed a long time and then he asked if I like to meet the spirit of the baby from the abortion. The thought of holding the baby came to me and the therapist gave me a cushion to put my arms around. It felt wonderful and I said sorry that I had mutilated it. I was deeply moved and felt a warm presence of the baby. It was an amazing experience.

The regression sessions have been a major turning point in my life. The trauma was deep and the sessions intense. I had been phobic since I was five years old and my identity has been formed around the avoidance of a phobic reaction. At first it wasn't easy to assimilate all the changes that have occurred and there was a deep sadness because of all the 'wasted' years and so many avoided opportunities. The sadness has now given way to a realisation of how profound the changes have been as my life continues to open up.

Amazingly the phobia has complexly gone. I was able to hold my sister's baby in hospital and enjoy the experience. The thought of abortions carries no fear for me. I have a new job as a therapy manager at a charity, a job that I had been offered twice before but refused because of my phobia. I've had many birth and labour stories in my work as a therapist. I am fine.

I hope my experience might give hope to someone else. There is life beyond fear, even though we might become discouraged and begin to believe that this is not so. I never gave up hope that someone could help me but it was the absolute professionalism, kindness and profound patience from my regression therapist that enable me to trust enough to release my fears."


Note that this article is copyright protected but if you link to it please give an acknowledgement.

"Seek the wisdom that will untie your knot." Jelaluddin Rumi 13 Century Surfi